How to switch between the 3 coordinate systems of Mouse Connectivity?

There are 3 coordinate systems for mouse connectivity.

How can I convert the coordinates among these 3 systems? I especially want to convert between system 1 and system 3. Thanks!

The first two coordinate systems (1),(2) you listed are in CCF coordinates where zero is at the corner of the bounding volume as shown in this image: 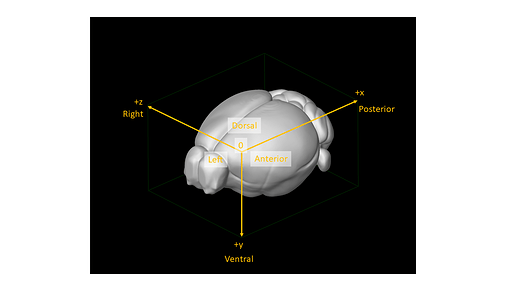 CCFCoordindateSystem1280×720 72 KB
Note that we don’t have a bregma location in CCF as described in this post.

In (1), the SDK tutorial guides you to download gridded projection density data. It defaults to downloading data at 25 micron resolution. Hence each voxel of the [528, 320, 456] grid is 25 micron isotropic.

In (2), the “Location” in Brain Explorer 2 display CCF coordinates in millimeters (mm)

System (3) are the coordinates used in each case for stereotaxic injection. Below is a snippet from the whitepaper describing these coordinates:

Atlas-derived stereotaxic coordinates were chosen for each target area based on The Mouse Brain in Stereotaxic Coordinates (Paxinos and Franklin, 2001). For the majority of target sites, the anterior/posterior (AP) coordinates were referenced from Bregma, the medial/lateral (ML) coordinates were distance from midline at Bregma, and dorsal/ventral (DV) coordinates were measured from the pial surface of the brain. For several of the most caudal medullary nuclei ( e.g. , gracile nucleus and spinal nucleus of the trigeminal, caudal part), the calamus (at the floor of the 4th ventricle) was used as a registration point instead of Bregma. For many cortical areas, injections were made at two depths to label neurons throughout all six cortical layers and/or at an angle to infect neurons along the same cortical column. For laterally located cortical areas ( e.g. orbital area, medial part; prelimbic area; agranular insular area), the injection was made at two adjacent ML coordinates as the pipette angle required for injection along the cortical column was nearly 90° and technically infeasible.

We cannot convert between (1) and (3) because (3) is respect to a skull base landmark and that information is lost when the brain is dissected and processed.

Take a look at this SDK document to see how to access the injection site location.

from your words I understand that 3.2 in Brain Explorer 2 refer to 32mm 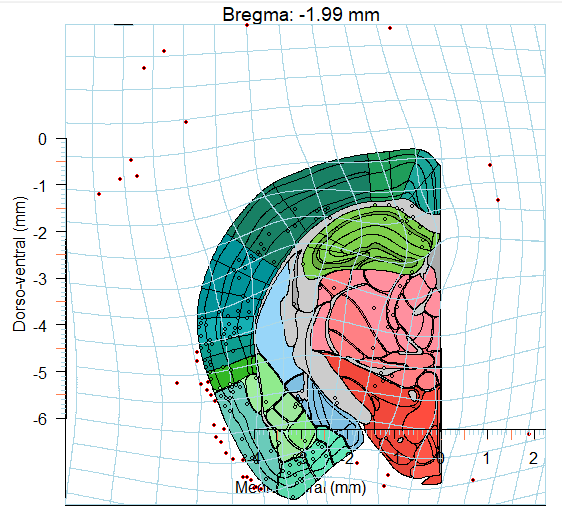 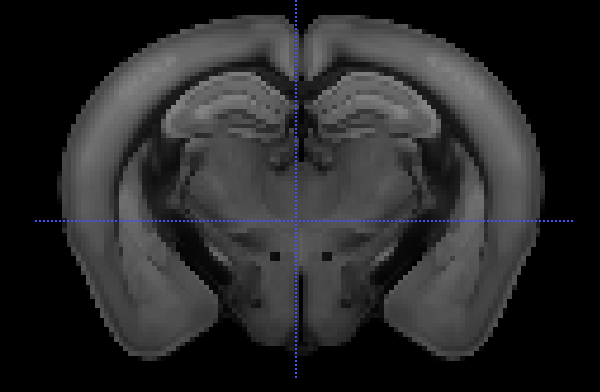 This post may be relevant to what you are looking for:

The Allen brain atlas uses a voxel-based coordinate system called the Common Coordinate Framework (CCF). The CCF is defined in a basic image coordinate system, using the top-left-rear pixel as its origin, and incrementing in the X, Y and Z axes up to the number of pixels in each dimension (ML, DV, AP respectively). Note that the CCF coordinates are dependent on the size of each voxel because these coordinates refer to specific voxels in the space. In the image below the CCF space in 25 μm voxels…